Barrel-aging entire batches of cocktails is a relatively recent phenomenon. The idea, they say, is that the cocktail softens and sweetens in the used whiskey-barrel, picking up picking up flavors and tannins and adding a really cool complexity. The New York Times Magazine did a nice little piece on it about 18 months ago, and has since been written about extensively, including by Jeffrey Morganthaler, who more or less invented the process.

To cities a little more serious about cocktails – Portland, Seattle, New York, etc. – Barrel Aging has come, peaked, and all but left. In the rest of the country, as will happen with trends, barrel   aging   is   fucking  everywhere. But apparently, everywhere still doesn’t include San Diego, so here we are. There’s a bit at Small Bar in North Park and a bit at Vin de Syrah and The US Grant Hotel Downtown, but for the most part the trend has avoided our fair city.

This is problematic for those of us who want to put them in our mouths. So we have to do it ourselves. Enter barrel:

I’ve wanted to try to barrel age cocktails ever since I heard about it. I started the hobo way, with oak chips I picked up from the local homebrew store and a bottle of Buffalo Trace White Dog, and it went…. okay.

You’re supposed to use about 2oz of oak chips per 5 gallons of liquid. I used 0.75 oz for about 12 oz of liquid, exceeding the recommended dose by about 2000%. “I’ll super-age it,” I thought, because I’m an idiot. It tasted like a puréed oak tree. I am not a patient man. 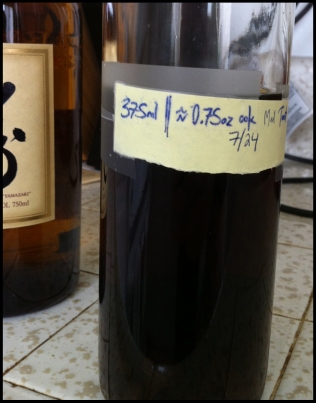 I had fully intended to try again, but my friends Dan and Sam bought me a 3L barrel from these wonderful people for my birthday. The first thing I could think of was a Vieux Carré. It’s one of my favorite cocktails, with a delicacy and sweetness that evokes barrel aging anyway, and I’m terribly curious to see what happens to it.

The only (possible) problem is that barrel aging yields the most dramatic changes to things that haven’t already been barrel aged. So gin over whiskey, white rum over aged rum, etc. But Jeffrey Morganthaler’s first experiment was with Manhattans which he says changed considerably over two months, so fuck it. I’m having daydreams about selling this for $15 each at the bar and making my money back, but odds are good that this will be just for my friends and I. 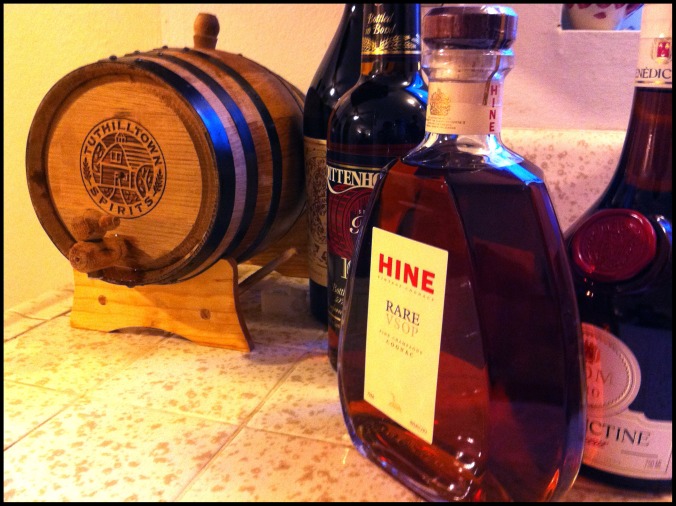 First, prep the barrel with water and let sit. Casks are made without glue, so we need the oak to soak up the water and swell, sealing the barrel. The water will leak out at first, so we do it in the sink. 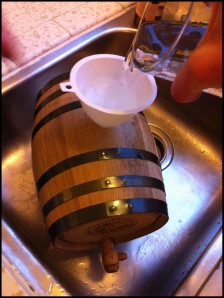 Empty water. Then, we mix all the ingredients together. Then pour. Carefully. 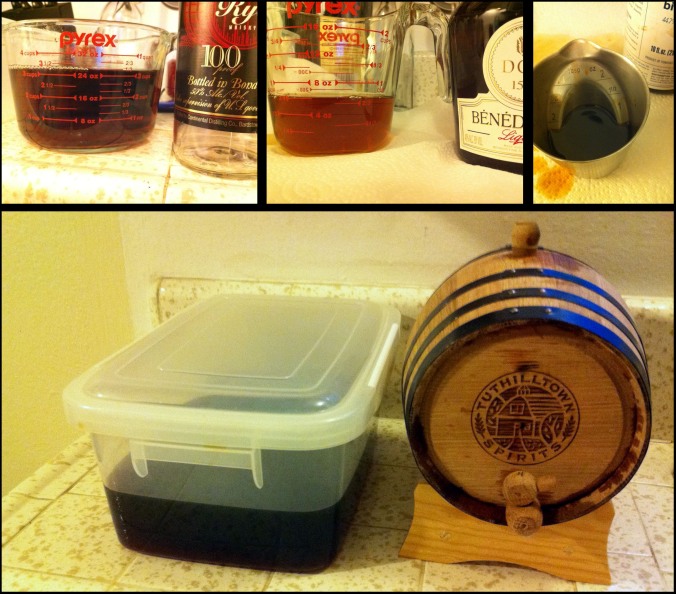 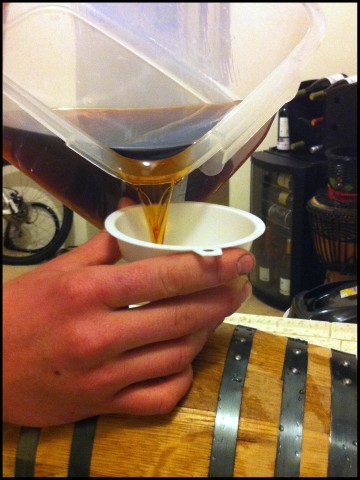 Then, demonstrate monkish patience and try not to see the little guy poking out at you from the bottom of your barware shelves.

It went into the barrel Tuesday, February 7th. I anticipate about two months, but will start tasting it in a week or so to see how its coming along. I’ll keep you posted.

Made use of some scrap walnut and oak while simultaneously creating homes for the some 300 pens lying all around the house. #themmiterstho
Day 334 of Pandemic: Champagne Ayala Rosé Majeur paired with tacos and America’s Next Top Model (Cycle 3). Happy Thursday.
First test of home-pickled cocktail onions. 3:1 Beefeater Gibson with Orange Bitters. Three biggest takeaways:
When you test Palomas, there’s really only one tool appropriate for mixing them.