“It’s not easy. It’s not simple. And there’s no way to make it faster or better.” — Martin Daraz, of Highland Park Distillery 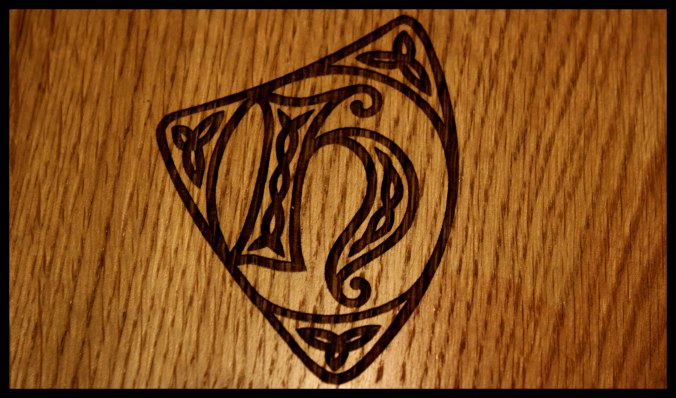 A Sense of Place:

No matter which way you’re headed, the Highland Park distillery, on Scotland’s Orkney Islands, is out of your way. From Glasgow, you would head 300 miles north to the seaside port of Scrabster, the northernmost port on mainland Britain, and somewhere that sounds, to me, like a place where you could get punched just for having a full set of teeth. There, you catch the 2 hour Northlink ferry to the tempestuously named Stromness, on an island known as “Mainland,” head east for half an hour, and there you find Highland Park, waiting to reward your journey.

Orkney is an archipelago of some 70 islands off the northernmost tip of Scotland. In terms of latitudinal brothers, we’re talking about Oslo, St. Petersberg, Stockholm, and Juneau, Alaska — historically not whisky hotspots, but the fact that it’s an island tempers the seasons: winter temperatures range tightly between 34°F-45°F, and summer average high stretches to a giddy 61°F. It’s the northernmost distillery in Scotland, and everyone who goes — from the ancient Greek explorer Pytheas to travel writers today — say to be in Orkney feels like the edge of the world.

Highland Park was allegedly founded in 1798 by a butcher, church-official, and secret distiller/smuggler named Magnus Eunson, about whom there are plenty of charming and roguish stories that, in the grand tradition of liquor, are likely all between 50 and 100% untrue. Nonetheless, the story goes, he was distilling on that spot in Kirkwall, and finding amusing and blasphemous ways to hide the liquor from the taxmen until they finally arrested him.

In 1818, a straw-plaiter named Robert Bordwick felt like a legitimate distillery could succeed as a business, and together with his son-in-law John Robertson (Eunson’s arresting officer, as it turns out) bought Eunson’s land on High Park and officially founded Highland Park. They built what is still the current distillery, received their license in 1826, and have been distilling more or less continuously since then. In the last 188 years the company has passed through more sets of hands than I care to list, and has since 1999 been owned by the medium-sized Edringer Group, who also own Macallan. 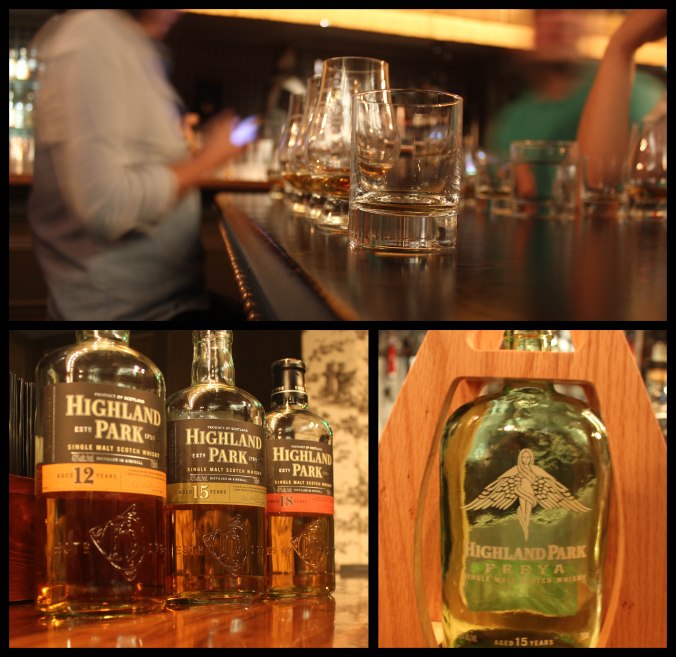 There’s a little variation among the individual bottlings, but what they all have in common is that they’re all (1) peated, and they (2) use sherry-seasoned casks for aging. This is not a terribly common combination, and one that has me personally coming back to Highland Park again and again:

Spanish Sherry-seasoned Oak: they source all their oak, at least for the standard line, from Northern Spain (the limited edition 15 is American oak). The staves are air-dried as opposed to kiln dried (like our friends at Buffalo Trace in Kentucky), as air-dried wood is universally agreed to be better — it gives the harsh tannic quality in the wood a chance to mellow out. They then make barrels and fill them with dry Oloroso sherry for 2-3 years. By the time they’re emptied, some 11 liters of sherry have saturated the wood, waiting to add spice and dried fruit richness to the scotch.

Local Peat: Highland Park is one of the few distilleries who still malt a proportion of their own barley (about 20%), which they then kiln dry with local Orcadian peat. Because of the climate, their peat is all moss and grass, and gives a distinctive heathery floral note to the finished spirit. They smoke it to about 20 phenol parts-per-million (ppm) over 16 hours, before mixing it with unpeated malt they contract from one of the malting houses on the mainland. This lowers their total peat levels to about 4-6ppm once bottled, which is very low, and it’s kind of amazing that the flavor translates so well.

Also, for what it’s worth: Michael Jackson (the legendary beer and whiskey writer, not the legendary pop singer) wrote of Highland Park that it’s “the greatest all-rounder in the world of malt whisky.” In Jim Murray’s Whiskey Bible, the 12 and 25 won best single malt in their respective categories for 2014, and F. Paul Pacult of Spirit Journal  has retired the Highland Park 18 from competition, calling it “the best spirit in the world.” So there’s that. 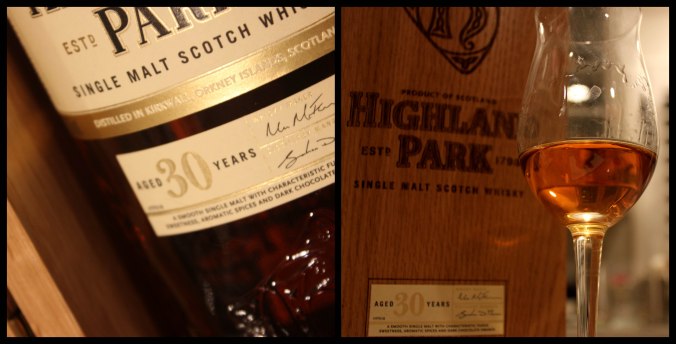 Highland Park 12: It has a pronounced sweetness like salted caramel that gets a little bit stone-fruity, and a nice lingering peat smoke with a little depth. All in all, somewhat light. Vanilla. Not at all bad, but especially tasting it next to older versions I’d be very happy to put it back in the barrel for a few more years.
Cost: ~$45
Would I buy it?: Yeah, but there are 12 year olds I like more.

Highland Park 15: No longer available outside U.S. Being phased out. This is made in American wood as opposed to Spanish wood, 35% first fill sherry barrels. Creamy, vanilla. There’s no sign of that leather I get a little of in the 12 and a lot of in the 18. Cinnamon spicy, like red hots, but also has a cool grassy element. This was the favorite of many at the tasting.
Cost: ~$80, if you can find it
Would I buy it?: Yes, if only because it won’t be around anymore.

Highland Park 18: My definite favorite of the Seven Grand tasting. It’s got a really nice raisiny sweetness from the sherry, but enough leathery depth to keep me coming back. Floral heather mixes with enough peat smoke to make me take notice. I can’t get enough of that dark leathery oak and smoke, like sinking into a comfortable chair in a dim cigar lounge. This, to me, tastes like whisky should taste.
Cost: $100
Would I buy it?: Absolutely. One of the best $100 you can spend on whiskey.

Highland Park Freya: Part of their “Valhalla Collection” limited bottlings. 51.2%, 15 years in bourbon casks. Sweetness is more candied, almost like gum (this comment invited mockery from the brand ambassador, but I swear it tastes like Juicyfruit). Strong fruity spice.  Peat is a bit subdued and the texture is a bit waxy. A surprise from the others. No dark elements at all. Tasty. Interesting.
Cost: ~$250
Would I buy it?: Absolutely not. Way too much money.

Highland Park 30: Bonus! I went home and had a small glass of this while the others were fresh in my head. All that time in sherry barrels gives it a stronger dried fruit nose, but on the palate it’s all peat, leather, and caramel. Texture is concentrated, a little  buttery. After a minute the caramel becomes a little raisinated. New elements keep popping into the mingling of sweetness and peat and oak. It’s not really fair to compare, but this is my favorite. Obvi.
Cost: A lot.
Would I Buy It?: Only on the most special of occasions, to be enjoyed with close friends.

Cocktail for @robbreport this week: El Guapo. A cucumber margarita with the unlikely addition of salt, pepper, and almost a half ounce of hot sauce. Surprisingly delicious with both tequila or mezcal.
Made use of some scrap walnut and oak while simultaneously creating homes for the some 300 pens lying all around the house. #themmiterstho
Day 334 of Pandemic: Champagne Ayala Rosé Majeur paired with tacos and America’s Next Top Model (Cycle 3). Happy Thursday.
First test of home-pickled cocktail onions. 3:1 Beefeater Gibson with Orange Bitters. Three biggest takeaways: