Note: a version of this article appears at RobbReport.com.

The elevator opens, and you’re met with the bright ecstatic cacophony of the city. Everyone up here is dressed well, but not as well as you. You’re a little early. You move easily through the crowd as a seat opens before you at the long mahogany bar. She’ll be a few minutes yet, so you look from your watch to the bartender, vest and tie over a shirt so white it must be new: 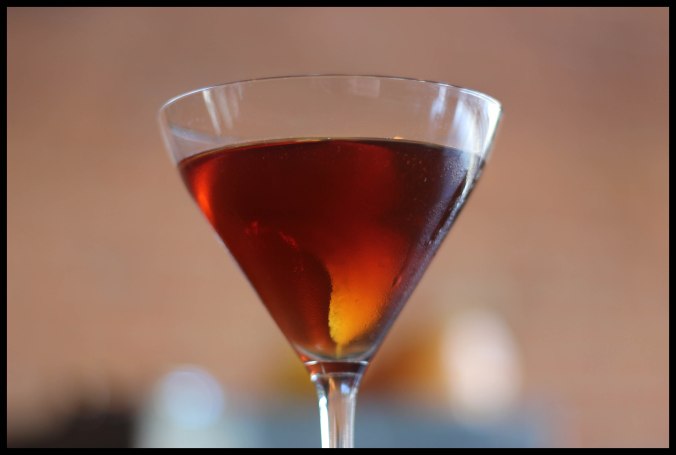 That’s what the Vieux Carré is to me. It’s a tailored suit. It’s jazz and a good cigar. Muscular and elegant, beguiling and complex,  it’s one of those cocktails that you look good ordering and you feel good drinking, as if you yourself are more sophisticated for being in its company. And while that would be enough, it also just happens to be really, really damn good.

As with so many grand Manhattan variations, the cocktail is named after the neighborhood in which it was invented: “Vieux Carré”means “old square,” what they call the French Quarter in New Orleans. It comes to us from 1937 — one of the rare few classic drinks to be invented post-Prohibition — conceived by head barman Walter Bergeron at the famous Hotel Monteleone, which stands now, as it has since 1886, a block off Bourbon Street on the French Quarter’s southern end.

Today, the Hotel Monteleone is most famous for its somewhat curious Carousel Bar, what the website proudly boasts as “the city’s only revolving bar,” in which the bar and everything on it literally circles bartender at the manageable but still bizarre rate of  1 revolution per 15 minutes. The thought of a cocktail this elegant invented in a room that gauche kind of ruins my day, and it’s comforting to know that it actually wasn’t — in his time it was called the Swan Bar,  and wouldn’t be converted to an orbital experience for another 11 years.

This is a thoroughly New Orleans drink. Them Crescent City folks are unusually proud of their heritage, and any time you’ve got French cognac and liqueur, rye floated down the Mississippi, and the city’s own Peychaud’s bitters in a single drink, there’s really only one place it could come from. 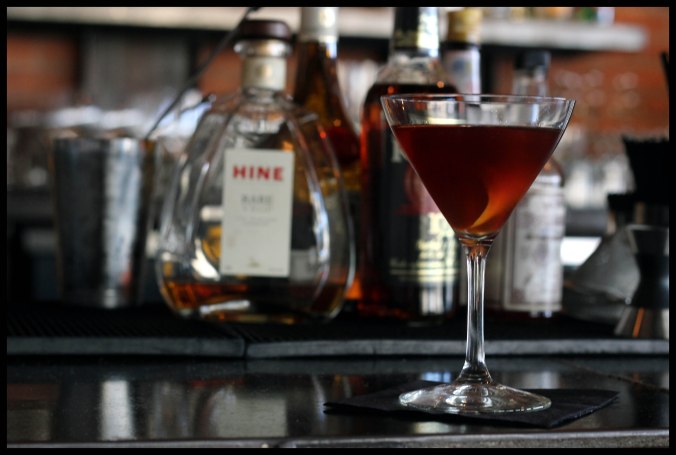 Rye: should be big and spicy. I find Rittenhouse 100 proof does the trick perfectly. Many insist on Sazerac Rye just to hammer in the New Orleans connection (despite the fact that the Louisiana-owned Sazerac Rye has been made in Kentucky for its entire existence), which works great if you can find it. Steer clear of bottles that are too soft or low proof. 45% minimum.

Cognac: I prefer V.S.O.P or better. Too young and you’ll taste the brandy’s funkiness, which still makes a fine drink, but it’s not ideal. The cocktail is at its best when the cognac is giving rich, supple, woody notes to balance the spicy rye.

Vermouth: I prefer Carpano Antica, because not much else can stand up to the rest of the ingredients while maintaining the complexity we’re looking for.

There’s some reasonable dissent on the sweetness (some say more Bénédictine, which is crazy; many say less, which is not), and whether or not to use a lemon peel (personal choice, though I think it’s begging for it), but I think the most fertile disagreement is whether to make this drink on ice or up.

This particular cocktail needs a lot of dilution. That sweetness can cloy if it’s not suitably chilled and diluted, which is why almost everyone chooses to make it on ice. It was definitely conceived that way, and I would never say a Vieux Carré on ice is in any way incorrect.

But it’s not how I like it. I mitigate the sweetness instead by stirring longer than other drinks, about 30-45 seconds, depending on the ice, to get a little extra water before straining it up. This is because one of the principle pleasures of this drink is how the herbal interplay from the vermouth and Bénédictine evolves as it slowly warms. 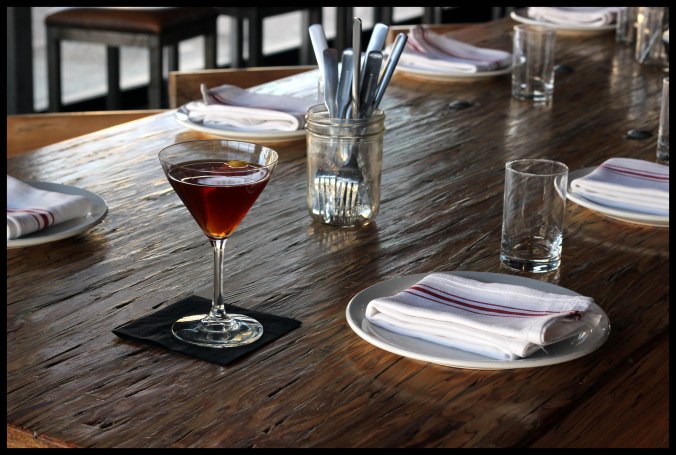 The cocktail is deliriously good in almost any form, but my favorite part is how the herbal complexity— a background note at first, lumped in with the perception of sweetness — begins to take center stage as time goes on. The warming changes it and the change is half the fun, providing an axis point on which to focus.

It’s like a Manhattan but more interesting. What’s more sophisticated than that?