First, a quick word on vermouth: vermouth is not gross. If you think vermouth is gross, you don’t know what it tastes like, because it’s been shit on for so long by the extra dry vodka martini. The vodka martini is like that vindictive guy in The Last of the Mohicans, trying to not only kill vermouth, but make sure its seed dies with it.

This is because while vermouth is glorious in a gin martini, it does not belong anywhere near a vodka martini. Vodka needs a strong man on her arm or nothing at all, and vermouth is too weak, too delicate, and ends up making a vodka martini taste like overproof diluted vermouth. Which, even I will admit, is gross. So, people ordered less and less vermouth, making the open bottles sit behind the bar for longer and longer. And as it’s wine-based, it will go bad over time. So a self-perpetuating cycle began where the only vermouth anyone is exposed to is so old to be worthless, which makes people order it even less, and so on.

Vermouth is what happens when you add sugar, a little alcohol, and aromatic plants, spices, and herbs to wine. The latter’s called aromatizing and they’ve been doing it at least since ancient Greece. The word “vermouth” comes from the High German “wermut” meaning wormwood, one of the plants added to help fight intestinal parasites, and wormwood wine was popular in Germany and England as “vermouth” as early as the 1600s. But a modern drinker (such as myself) wouldn’t have recognized any of these.

Vermouth in its current form joins us in 1786, when the experiments of a 22-year old liquor shop assistant named Antonio Benedetto Carpano culminated in what would become Carpano Antica, at once inventing the categories of both modern-day vermouth and the apertif. He infused a white wine base with “over 30” different herbs, roots and spices, livened it up with some sugar and (almost certainly) grappa, and as his cordial contained wormwood in a wine base, he, too, called it “vermouth.”

Carpano’s elixir was nothing dramatically new but for its quality, and that he had the good sense to send a sample to Victor Amadeus III, the ruler of that little corner of what would become Italy who reportedly found it exquisite and helped along its popularity. Not that the Carpano vermouth needed it — it was so good, and in such demand, the store reportedly had to stay open 24-hours a day(!)… which sounds to me like one of those bullshit liquor stories that everyone repeats because no one can say it isn’t so. Why the hell would people need to buy vermouth at 4am? Are we really to believe that they couldn’t service all their customers in the allotted nine hours a day, in a 250,000 person city-state in 18th-century proto-Italy? Far more likely is that production had to be extended late into the night, possibly even 24-hours a day.

It doesn’t matter. Either way, it was an unprecedented success and is now made and distributed worldwide by Fernet Branca, still according to the original recipe and even with the original label. 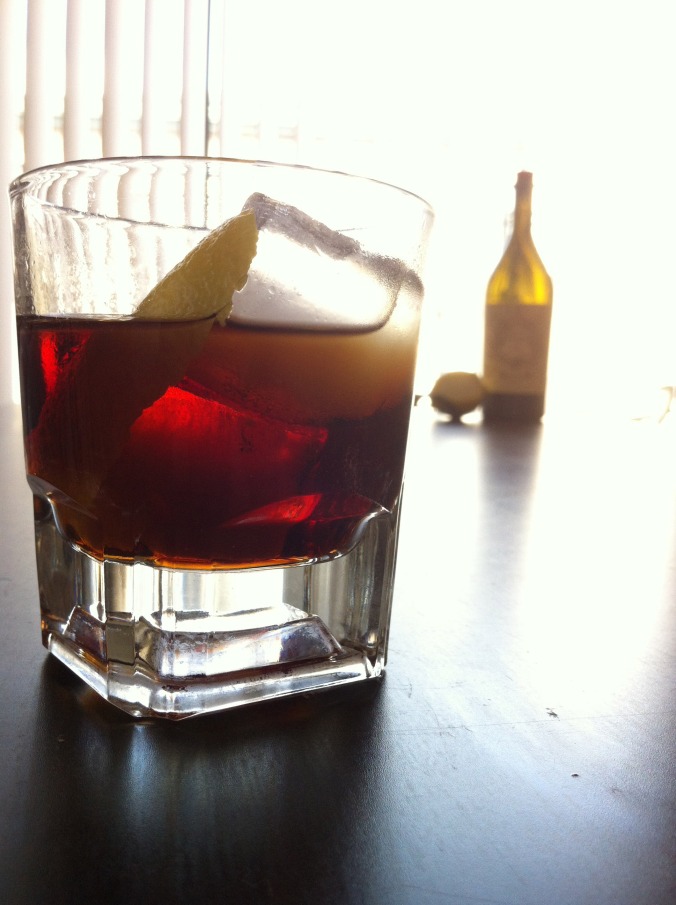 I used to think Carpano Antica was hands down the best commercially-produced sweet vermouth in the world. Most new cocktail bartenders do. As my familiarity with vermouth grew, I began to see it in a much broader context: it is powerful, it is vanilla forward, it is complex, and it is phenomenal. It’s great alone, it’s great on the rocks on a summer day. Of it’s contemporaries, it packs the most complexity and flavor, sweet without cloying, bitter without real challenge.

Yes, sweet vermouth on the rocks with a twist can be completely delicious. Andie Macdowell had a little taste after all. Who knew?

But is it the indisputable best? No. There is no indisputable best. From each according to his ability, to each according to his need. So where does Carpano sit? It’s heavy, very vanilla forward, with broad shoulders and a ton of flavor. “Carpano is a linebacker and Cinzano is a soccer player,” says Jamie Boudreau, and he’s right. As I recently discovered in the Negroni trails, while I love Carpano Antica Negronis, while they’re many people’s favorite Negroni, they’re not my mine.

Personally,  I love Carpano in a Manhattan and Vieux Carre. It’s wonderful in the Don’t Give Up the Ship. And a Bitter Giuseppe and Growing Old and Dying Happy… etc. It’s never bad, just sometimes too much. Use it when you need a big vanilla flavor, to stand up to whiskey in particular.

Cocktail for @robbreport this week: El Guapo. A cucumber margarita with the unlikely addition of salt, pepper, and almost a half ounce of hot sauce. Surprisingly delicious with both tequila or mezcal.
Made use of some scrap walnut and oak while simultaneously creating homes for the some 300 pens lying all around the house. #themmiterstho
Day 334 of Pandemic: Champagne Ayala Rosé Majeur paired with tacos and America’s Next Top Model (Cycle 3). Happy Thursday.
First test of home-pickled cocktail onions. 3:1 Beefeater Gibson with Orange Bitters. Three biggest takeaways: